Vape Escape: Is Vaping a Safe Alternative to Cigarettes?

You see it everywhere today. Giant clouds rolling out windows of passing cars on the highway. The casual fist-to-mouth sneak inside the mall. Funky fruit-flavored smells coming from a couple rows back in the movie theatre. It’s almost unavoidable. The vape craze is taking over and it’s not showing any signs of slowing down.

People are making the switch from cigarettes to vapes all over the world. And others are getting into vaping because everyone else is doing it. What started as an alternative is now on its way to becoming the primary method of smoking. So how safe is this so-called “safe alternative?”

As you may already know, most vapes contain nicotine, and nicotine is addictive. Using any addictive substance comes with risk. Nicotine dependence is very real and the withdrawals that come with attempting to quit or slow down can take a toll on the body. Symptoms include intense cravings, nausea, headaches, insomnia, anxiety, weight gain and depression—and that’s not all.

Research is also being done to uncover the link between nicotine and cancer. While it may be too early to link nicotine directly to the development of cancer, studies suggest that nicotine has several cancer-causing effects. In large doses, nicotine is poisonous to cells. It decreases the tumor suppressor CHK2, which is one of the body’s natural defenses against cancer. Using nicotine also leads to a process called epithelial-mesenchymal transition (EMT), which is one of the steps toward malignant cell growth.

Nicotine doesn’t only affect you, though. It can also harm the developing brains of kids and damage unborn babies. This is one of the major reasons why no one should smoke while pregnant.

It doesn’t stop with just nicotine either. Some brands of vapes and juices contain other chemicals like formaldehyde and ingredients found in antifreeze. Certain vape juice flavors even use a buttery-flavored chemical called diacetyl, which, when inhaled, is linked to popcorn lung and other lung diseases.

These aren’t all of the dangers of vaping, and more are likely to be uncovered as the trend grows. If you’re looking for a safe way to quit, Standard and Basic Option members can participate in our Tobacco Cessation Incentive Program. We also have ways to help FEP Blue Focus members enjoy a tobacco-free life. 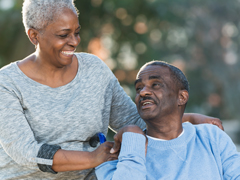 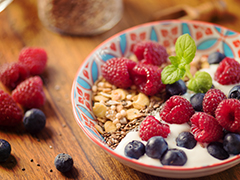 7 Tips To Boost Your Digestive Health 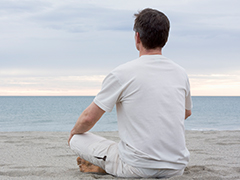 The Link Between Mental & Physical Health