Alzheimer’s disease is a progressive form of dementia. According to the Alzheimer’s Association, this disease accounts for 60 to 80% of dementia cases. There is currently no cure, but there are some treatments to help slow progression. A study performed at Chicago’s Rush University Medical Center examined how spending time with friends and family may possibly slow the progression of Alzheimer’s. This study was part of a larger body of research called the Rush Memory and Aging Project. There were 89 participants. The study’s participants were all in their early 80s. They did not have dementia when they joined the study.

The participants were screened for Alzheimer’s every year until their death. They also took 21 tests that all focused on their mental skills, memory and reading. Autopsies of their brains were also performed after their death.

The study focused on the size and type of social networks participants had. Participants disclosed not just their immediate family, but how many close friends and family members they interacted with every month. After death varying degrees of plaque and tangles linked to Alzheimer’s were found in their brains. Plaques are dense clumps that appear between nerve cells in the brain. Tangles are another hallmark of Alzheimer’s disease. They appear when protein threads of nerve cells get twisted.

The study then found that those with larger social networks tended to score higher on mental tests they were given. They scored highly even if they had severe amounts of brain plaque and tangles. This means that even if a participant had a brain autopsy that would indicate potential Alzheimer’s, their test scores indicated better working and semantic memory.

The study wasn’t able to isolate that large social networks are the buffer against Alzheimer’s disease. Researchers did, however, suggest some interesting conclusions:


Social interactions play a role in your mental and physical health at all ages. Recent studies have linked social connection to decreased risk of type 2 diabetes. Others found that group exercise led to decreased stress levels and better mental and physical well-being. Invest in your social network for better health. Start by closing your browser and giving a friend or family member a call. 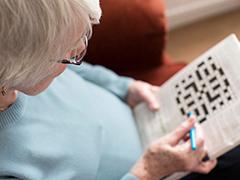 Can Games and Puzzles Reduce Your Risk of Dementia? 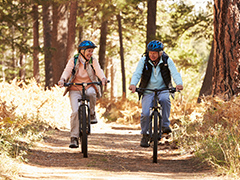 Your Golden Years, Thyroid Glands, and You